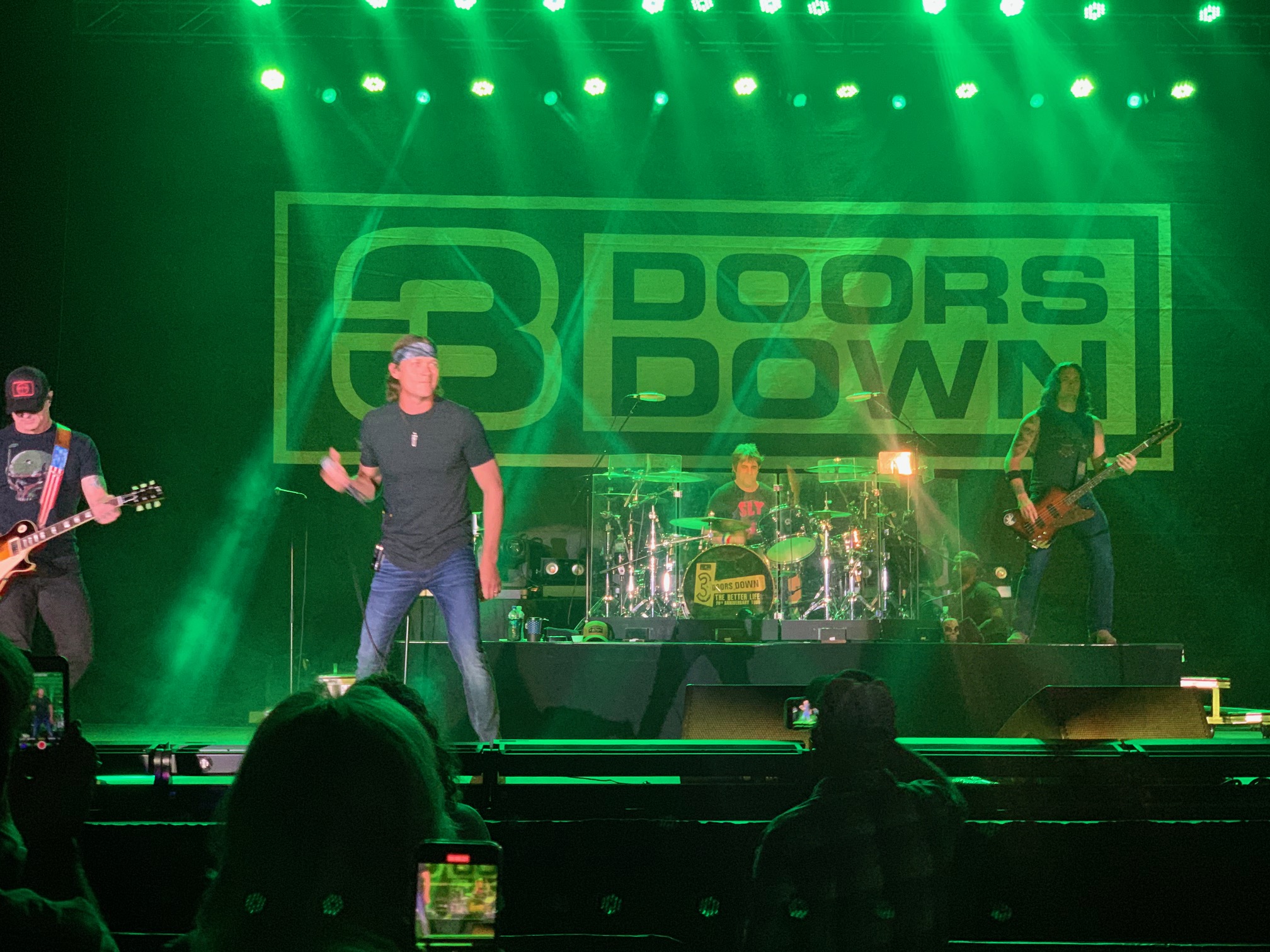 I have known Greg Upchurch since last millennium, when he was playing with a band called Eleven. Greg remains, uniquely, one of the nicest and most down to earth musicians I have met in my many years of going to concerts, which led me to supporting Eleven and his early projects, aside from his great talent. The band Eleven eventually became the backing band for the legendary Chris Cornell’s solo effort “Euphoria Morning”.

Soon after, Greg was offered a position with Limp Bizkit’s Fred Durst’s MTV-fueled project, Puddle of Mudd and became a founding member and drummer. After ushering Puddle of Mudd into an era of hits with their first two albums, he jumped ship to 3 Doors Down in the mid-2000’s and has played with them ever since. Today, he’s a sober family man just wrapping up one of the most successful tours and he is now opening up a coffee shop in his own hometown with a vinyl music and nostalgic flavor.

This is a multi-part series of pieces where I will talk about the trajectory of a successful musician with great instincts navigating rock and roll and “achieving the dream.”

I got to see 3 Doors Down in Pala casino a few weeks back at Pala casino in the North San Diego region. Their set consisted of all the tracks from their debut album “The Better Life” which featured hits “Kryptonite”, “Loser”, “Duck and Run” and “Be Like That”. After that, they played their hits. Greg did not play on the original record, but that night, it was obvious with his 15 years in the band, he adopted these songs as his.

Greg says, “It was probably the most gratifying tour I’ve ever done because having something like playing live music taken away from you is no good. I don’t think anybody ever would have thought that performing live music would be considered dangerous or something that shouldn’t happen, and not gathering people. This is how we make our livelihood. And to have it taken away, and then to go back and see sold out shows, it was like it never happened. I mean, there were some shows in more metropolitan areas like Chicago and New York, where the crowds were a little thinner, it’s understandable.

But when you’re in North Dakota, or Mississippi, it’s a little different. Different attitudes towards what was going on. And I think you could definitely feel that people were ready for live music. Just something to get out of the house. I know you go to a lot of shows and enjoy live music, you need it. I mean, I need it. Even as a performer, I go to shows. There’s nothing like seeing music that you listen to in your car performed live and just the energy of it, from the crowd and feeling that there’s a lot of happiness. So it was really enjoyable and I’ll never take it for granted again.

Seether was the opener for 3 Doors Down the majority of the tour before the West Coast.  But Seether had prior engagements for other festivals and couldn’t join in the West. Theory of a Deadman was scheduled to be the opening act but they cancelled their whole tour, not just the 3DD shows due to COVID concerns.

Greg says, “I guess COVID concerns, you know, that’s all I heard. I don’t know what that means. I mean, I’m concerned about it.  I got tested twice while I was out because we did get really sick. But turns out you can just get sick [without it being COVID]. Regular sick. We got regular sick and it was really bad. It was the worst I’ve ever been. I was probably about three weeks of not just feeling bad, but coughing or sneezing, mostly coughing. And so I went and got a COVID test and it came back negative. And I was still sick going on for another week. [Lead singer] Brad got sick. I think I got from him. And then he got tested, it was also negative. Then it went away. I think Reba McIntyre was one of the first people that came out and said she had RSV, or something respiratory.

We almost had to cancel a couple shows but in the end, we didn’t. Certain tours would halt everything and take crazy precautions if one person on the crew tested positive. If that’s what they’re comfortable with, great. But we weren’t too concerned about it. We still were taking precautions, like no guests backstage or meet and greets, as you know, when you came to the show, I came up to you. Because we can’t bring people back there, which I totally get [to minimize risk].”

The future of 3 Doors Down will be continue to be live performances, especially with the recent success. But the band still writes, especially Greg, who does it all the time on his guitar. Brad writes separately and usually sends vocal ideas, but doesn’t play guitar or piano but they trade ideas over the phone initially. Greg calls it “like throwing darts at a dartboard”. Some ideas progress, others don’t.  The process is different for Greg, but the good part is they don’t have to be in the same room to create. When Brad gives the green light, they start working on the material over GarageBand. And then Chris and Justin get involved, when bass and guitars need to be added. Greg spends a lot of time in Oklahoma in his hometown and the other guys are in Tennessee. After a tour, they go back home and “do their own thing”. The band has been together for 20 years and Greg has been with them for about 15, so sometimes when they see each other at the grocery store, they don’t even stop to chit chat. They just need a break.

I drilled down with Greg on one of my favorite songs of all-time. My last.fm tracks what I listen to and “It’s Not My Time” is in my Top 5 most played songs of all time. Greg recalls the band living in a house in Tennessee with the bandmates at the time that record was done, which they rented for five months. They wrote in the basement, played and recorded. Greg wrote his drum parts, which are a key part of the song. That driving force inspired the music video of an invincible man dodging death, asserting it was not his time to go.

“It’s Not My Time” was actually played live before they recorded it. The band was able to work out its kinks and it evolved in that process of touring, which he says was helpful. This is valuable and probably contributed to it becoming one of their most memorable singles. “The song evolved into a song with a little bit more energy and confidence because when you’re in the studio, you think you’re doing right and it sounds good but after touring, you know [for sure] what works and everybody’s locked in. That was probably one of the reasons why it helped that song drive a little bit more. We played it live and test ran it.”

Live music is a spiritual experience for me. To have that taken away for almost two years was beyond sad. Stay tuned for the next piece as I take you on a journey with Greg through his accomplished career, his sobriety, family, Puddle of Mudd, Chris Cornell and his new coffee shop called “The Dancing Goat”.

You can view the full video interview here.

Marc Ang (marc@aib2b.org) is a community organizer in Southern California and the founder of Asian Industry B2B. He is also an avid fan of rock and country music. His book “Minority Retort” will be released in late 2021. 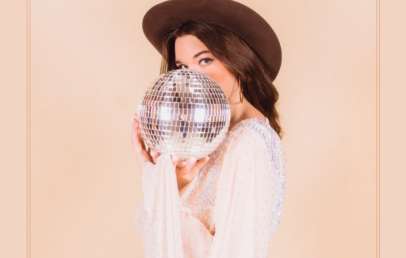 INTERVIEW: Kristi Hoopes returns with ‘Life of the Party” EP 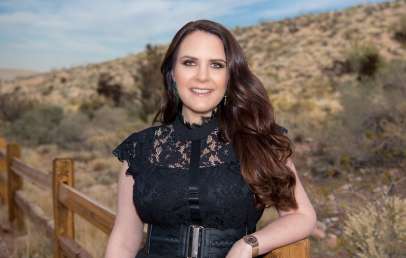 Are ghosts real? Get answers in our interview with Psychic Dallisa Hocking